Is Your Child Suffering From Social And Communication Difficulties At School? 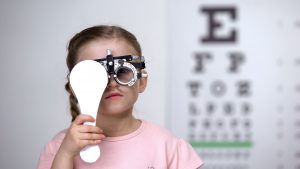 There are ongoing initiatives in September 2021 to increase awareness specific to Cortical Visual Impairment (CVI). CVI, Vision Loss, has been the leading cause of vision impairment in children in the United States and could result in social and communication difficulties during school. This affects as many as 3.4% of children, and the majority have already been identified as needing extra help at school.

There Is Currently Not A Cure For CVI

This visual impairment is not a stand-alone condition.

CVI And Ocular Impairment Are Not The Same

CVI is not the same as an ocular impairment or blindness.  People may associate blindness with ocular or eye impairment. However, it is neurological. It’s a brain-based visual loss where the damage involves the brain’s visual system. Many kids with CVI often have completely healthy eyes. Presently, Cortical Visual Impairment (CVI) is the most common cause of permanent visual impairment in children.

CVI Is Not Limited To Children Only

No, adults can also develop problems with their vision after a traumatic brain injury or stroke that damages the brain. Veterans may be at higher risk for visual problems as a result of combat injuries. Davies et al reported in 2013 that children with developmental problems and disabilities tend to have higher rates of CVI. They also have increased risks of additional mental health problems such as anxiety and depression.

CVI Symptoms May Include:

Things You Can Do

Contact us to schedule an eye exam for your child. We will discuss CVI and potential options if it is determined that your child has CVI